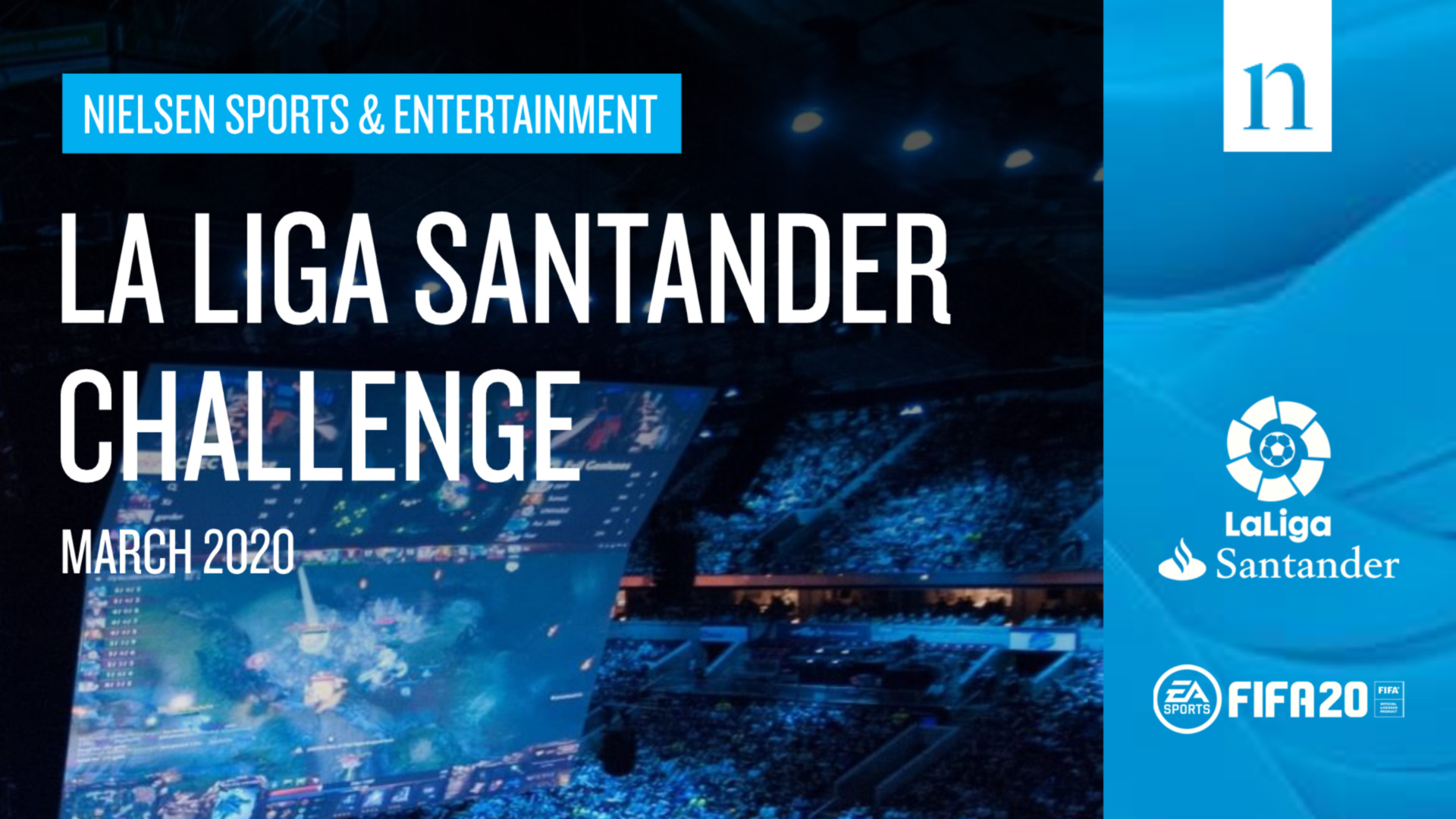 Due to the COVID-19 pandemic have impacted the world of sports, the Spanish football first division came up with a new initiative surfaced in area of virtual sports: #LaLigaSantanderChallenge.

During the weekend from March 20 to 22, Ibai Llanos, a top esports personality in Spain, organized, along with La liga an EA Sports - FIFA20 tournament with participation of football players from 18 of the 20 clubs competing in La Liga. The event that ended on Sunday night, crowned Marco Asensio from Real Madrid CF as the best FIFA20 player from LaLiga, after beating CD Leganés player, Aitor Ruibal (4 –2) in the final.

The following report is aimed to provide metrics that allow you to understand the reach of the event, in a moment where no other sporting events are held and virtual sports, now more than ever, has a platform to capture the attention of many and gain traction as an alternative means of content.